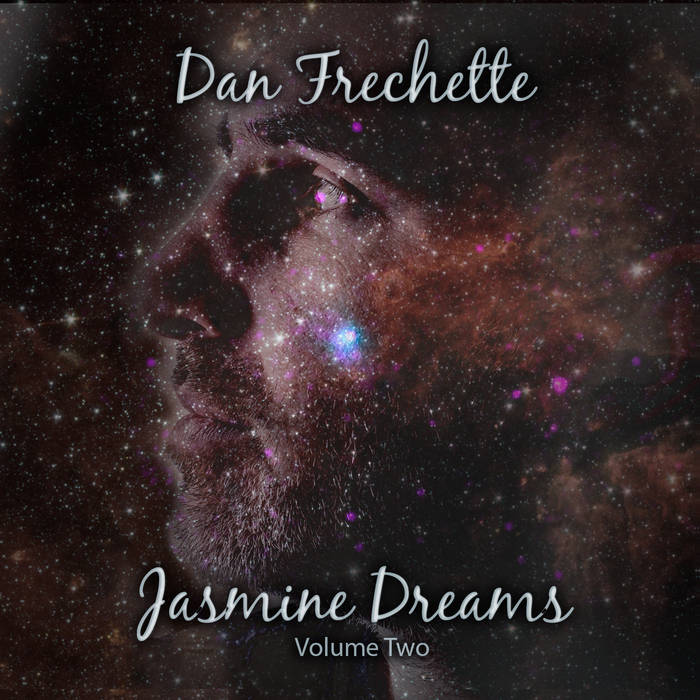 These are some of the best songs I wrote between 1991 and 1993, all songs written on my 12 string "Jasmine" (made by Takamine) guitar, that I still own. This is a sequel to "Jasmine Dreams, Vol. 1" from 2016. That album had more of my earliest songs from 1991, while this album contains songs mostly written 6 months later toward the middle/end of 1991.

This album was recorded from November 19 to December 7, 2018 on a 24 track Tascam 2488 Neo, my second one, because my first one is going into storage, being full of 6 years of my recorded music, and I wanted the least amount of learning curve moving ahead with a new studio. You'll hear my Jasmine 12 string strung with silk and steel strings featured prominently on all tracks. There's a few tracks I stereo recorded it and panned the tracks hard right and left in the mix to 180 the sound (Free The Beast, Places To Hide, etc). Vocals were recorded using AKG C3000, and guitar and other instrument tracks recorded with Apex 191 pencil condenser. Bass was plugged direct - sometimes played with a pick but mostly with fingers. I use dead old La Bella Flatwounds strings on my Jazz bass. Electric Stratocaster guitar plugged direct on many songs and sometimes miked through my Fender Blues Jr. 12 string "electric" guitar (on Free The Beast, and Bound For Somewhere) was actually my Jasmine 12 string acoustic plugged into my Blues Jr. played through a 1950's Dearmond 210 soundhole pickup (same one Elmore James and Lightnin' Hopkins used). On this album I debut my 1950 Supro Lap slide guitar - the tone is out of this world and is in Open E tuning (played backwards as I have not had a chance to switch it to left handed yet) and featured on a number of songs (Picture Perfect Girl, War Of Love, Call Of The Wild, Danger In The Past, Mr. Man) all the other slide sounds you hear are my Fender Mexican Stratocaster played with a glass slide. On this recording there is also an appearance on a few songs of my 1960's Oscar Schmidt Autoharp. You can hear me playing drums on all the songs. This is a quality studio drum set I have been lent indefinitely by my friend Justin. It was miked with two Shure Beta 87A phantom powered mics - one on the kick and one next to the hi hat and the snare. I used a mix of Hall and Studio reverbs set between 1.5 to 4 seconds, depending on the song. I wanted an ominous sound for many of these songs and I think the mix of instruments and reverbs did a great job of this.

For the record - I'm not an audiophile type recording artist, selling into the "musician's friend" cash grab, and realized early on that most of my favorite records in the 50's and 60's were recorded with far cruder equipment than we all enjoy using today!

Enjoy and spread the word, and pay for a download. It took me 60 hours to record, mix and sequence this album. No musician gets a "free pass" because everyone else gives it away. Every download goes directly to my day to day life costs. Thank you for your support!

Recorded, Mixed by Dan Frechette at "The Shed" in Bonny Doon, California between November 19 and December 7, 2018.

Thanks for supporting independent music!
www.danfrechette.com.

These recordings sound far superior when downloaded vs. streamed. Streaming is at basic 192 kbps and you can download at highest fidelity,

Are you tired and weary of strangers
that tell you all but the truth
and you tell them no they're lying
and they show you their big badge
and now almost all your future is dim
and is as painful as you like
but that's only my opinion
and it don't matter anyway.

Well they're talking to you
numbering your days
While you stand with your back turned
well you're smelling the place
everybody was
listening to you
well you made them a promise
but you broke it too soon, yeah.

Some people will betray
everything but their plans
and by the time I tell him what you're saying
He'll be on your trail again
By the look in your eyes
I know he won't be destroyed
I'll let you tell him the good news, girl
there's nothing left to avoid

So who is caught in the middle of your big war now?
So who is gonna be up for the mission impossible?
You'll be running to the places where the faces just don't know your name
and you'll be hiding deep inside barely uttering a cry yeah
So who is gonna be caught in your war of love?

(Chorus)
How many days did we spend
bound for somewhere?
Waiting for the spirit to climb?
How many times were we cast into blackness
only to look for something
in the unknown?
In the unknown?

Building bridges made out of stone
we carried our burdens
lived for our goals
but deep in the night
'til deep in the day
we had to hide
or we'd get lost.

We've escaped all but temptation
and all those lines have been crossed
There's no telling the direction
we were drifting from town to town.

There's something you should know
They can color us bad
but they have little to show
compared to the spirit we have.

(Chorus)
And I'm going
far away to the promiseland
and I'm going
where the promise remains
When I'm going
I'll turn around and say
What you gonna do when the
call of the wild comes your way?

I don't fear anxiety
anxiety's my fear
nothing's happening here
and the river wind will
now blow on forever.
Then one day I'll wake up
and the sun will fade to black
And I'll fear I'm under attack
from the shadow king
who is afraid of his own shadow.

And though it's hard to keep one's mind
they must find out if they're out of time
oh please
mama won't you free the beast from me?

I heard you were skipping town
Finally running away from me

Being portrayed as a man of might
I led you to stand for what I thought was right
but you're coming of age in the nick of time
leaving all your danger in the past.

It takes a lot to give what you don't want to keep
hey hey hey Mr. Man?
and it takes a lot of mouth to talk well - too afraid to take a stand
But you know sometime way on down the road
you'll wish you'd never been born
and with all that lack of loving
it'd be tough not to be destroyed oh no?

You took a lot of punishment through all your years
hey hey hey Mr. Man?
and you thought you would be someone but you wondered if you'd get a chance
when all your friends had all kinds of success
while you drove your busted up truck
and they laughed at your for nothing
boy they sure did push their luck oh no?

I wasn't born to stand behind you
Always there to follow
This time the time will finally be right
I've been under a spell too long
you took me in and told me to leave
It's my turn to leave you behind.

(Chorus)
I don't fear at all the pain
My dream's a memory
I'm to blame
An emotional breakdown woman is all I fear
It's hard to lose you the spells been tossed
where ever the things we lose get lost
Toss it back when you're down there ...sometime.

I should have known that I'd be through
getting you to treat me good
Hey girl, I'm trying to get it across
I wasn't born to stand behind you
always there to follow.
You know I wouldn't anyhow.

You admit that you didn't step out of line
by listening to the voices in your mind
are you wishing upon any starts tonight
to get what you deserved in time?